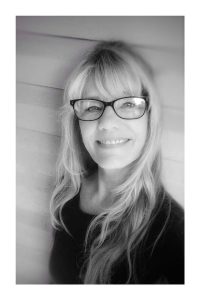 Rebecca has over 30 years of professional acting, dance, and teaching experience. She graduated from Concordia University in Montreal with a BFA in Theatre Performance and continued her training with such masters as Lily Parker/The Actor’s Studio in New York and Warren Roberson/The Actors Repertory Theatre in New York.  As a dancer she toured with Celine Dion in ‘Celine Dion World Tour’, performed in her Music Video ‘Unison’/Sony Records Producer.  Over the course of her career, she has appeared both as actor and dancer in numerous feature films, television series, commercials and on stage.

Rebecca is a passionate acting teacher/director and sought-after audition and acting coach for actors of all ages for theatre, television, and film.  She is the Founder & Artistic Director for The Heritage Youth Theatre Company.  Rebecca loves creative works and has written and directed five productions for the Doors Open and Heritage Festival’s prestigious Launch Event. The Company has performed to full houses, received standing ovations and high praise for the artistic excellence of their productions and cast.

Rebecca is also a lifelong fitness instructor which has followed her throughout her career as a dancer. Her insatiable love of learning and movement has led to an extensive list of certifications within the fitness industry.  With years of training and experience as a dancer, Pilates, and barre instructor, she draws a wealth of knowledge from her background in designing her programs. She has been teaching adult barre classes at Turning Pointe Dance Studio since 2013.  Rebecca strives to create a positive, encouraging, and welcoming atmosphere for everyone in her classes providing them with a challenging, safe, and inspiring workout that leaves them feeling empowered!